Five-minute Photoshop. Also, I felt disappointed that I didn't get more play this week from this quick'n'dirty Photoshop I did of Julia 'Peppy' Gillard and Ban Ki-Moon in The Artist. 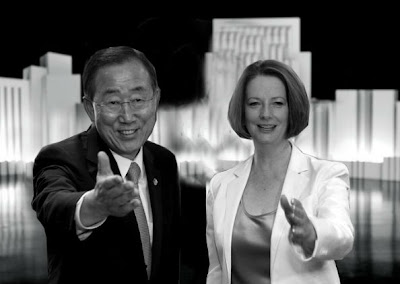 I did this in about five minutes after seeing the pic of JG and BKM actually striking this pose (I didn't 'shop two separate pics together). I wish I'd done a better job with the clone-stamp tool now.

I was hoping Dan would enjoy my Photoshop joke, seeing as he's currently interning at the UN. Here's another one I 'shopped for Dan after he said on Facebook that he sometimes confused 'Rebecca' and 'Chewbacca'. I posted it on his wall saying, "Hey Dan, I found a book at the op-shop that you might like". 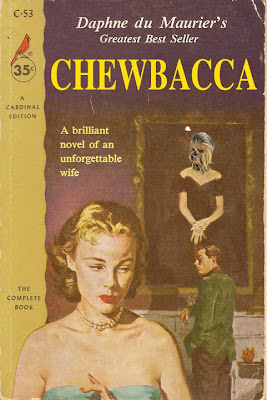 Here's one I did after noticing they gave Sophie Cunningham a headset mic for her feminist keynote at last year's Melbourne Writers' Festival: 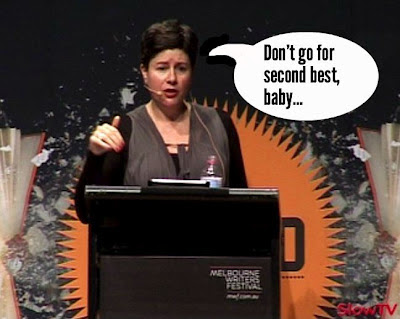 And here's one I sent to Melanie after she related that she had baked some sourdough bread that looked like Quasimodo. It is 'quasi-sourdough'! 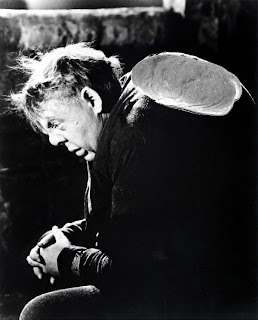 I get such joy out of sweding these crappy pictures. I just wanted to collect a few of them here because they can be so ephemeral otherwise.

# posted by Mel @ 1:38 PM
Comments:
Mel, I LOL'd hard when I saw your swede of The Artist this week. I didn't comment on the post because I didn't know what the in-joke with Dan referred to, but I LOL'd all the same.