2016: The year in Five-Minute Photoshop. You might see a big change in my annual collection of stupid sweded imagery. This is because in 2016 I decided not to post birthday greetings on people's Facebook walls, so I no longer do up digital cards for my Facebook friends.

I have an ambivalent relationship with Facebook's urging to artificially 'celebrate' people's life events. On one hand, it's nice to get a wall full of nice messages. On the other, it feels perfunctory somehow, as though people are only doing it because Facebook has groomed them to, rather than because I mean something to them. I feel as if nobody even notices if I don't post anything, so I started not posting on Facebook for people's birthdays, and instead texting or messaging them personally. But importantly, this has cut down on the amount of sweding I do each year. 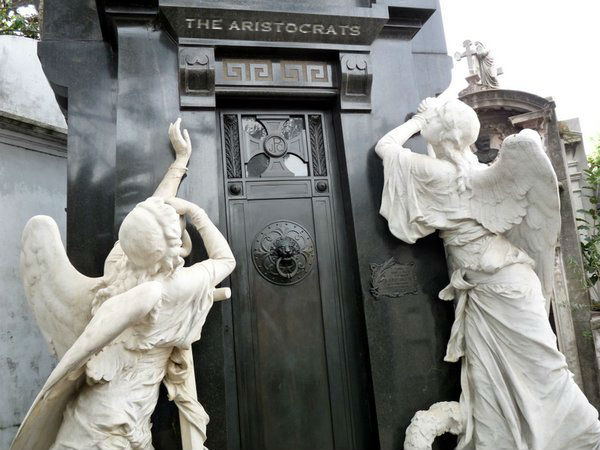 This was one of my patented 'Twitter jokes that amuse only me'. Imagine if one family live the most depraved lives possible. And then they die, and are interred in the family vault. What do you call a dynasty like this? The Aristocrats!

I remember spending ages trying to find a picture of an appropriate burial vault, and using the Copperplate font and manipulating the colours to get that chiselled-in look. 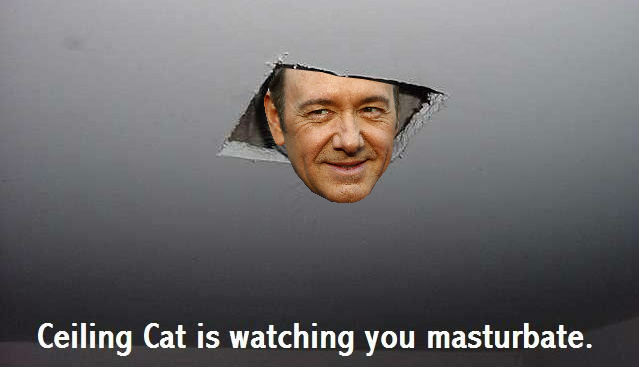 This year Kevin Spacey starred in a terrible film called Nine Lives, in which he is a mean awful business tycoon who has an accident and finds his consciousness trapped in the body of a cat named Mr Fuzzypants. Anyway that is the background for this cursed image. 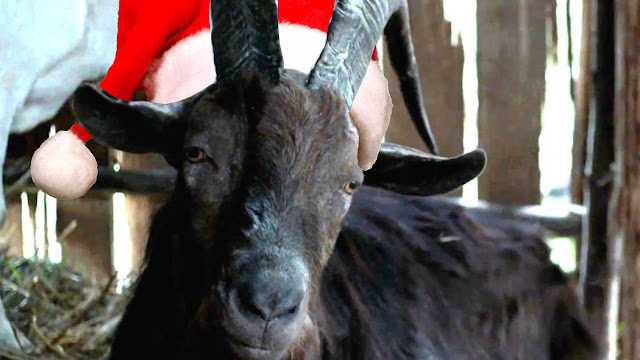 Every year I swede an image for our film critics' end-of-year drinks with one of the year's films. And the breakout star of 2016 has got to be Black Philip from The Witch. Wouldst thou like to drink deliciously? I think thou wouldst.

LOL, this luscious tribute to The Room came from my observation that Juliette Danielle, who plays Lisa in The Room, looks a lot like Renee O'Connor, who plays Gabrielle in Xena: Warrior Princess. Same round, kind of pugnacious face; same stringy blonde fringe. Hai doggie. 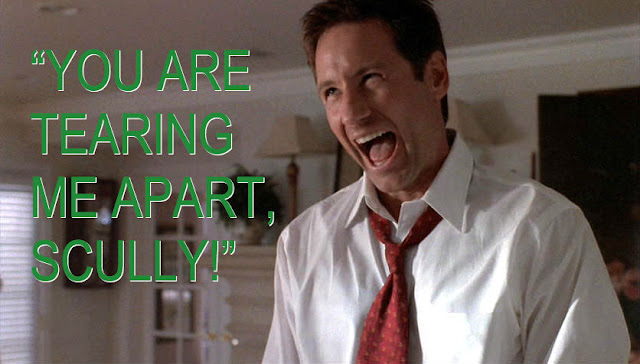 I can't remember what this X-Files joke was about. But yet another Room reference can't be all bad.

Everyone in my Twitter feed was carrying on like it was the best joke ever to make up fake opinion headlines and share them as if they were legitimate screengrabs. It's a shibboleth, basically. To the sort of people who follow the #auspol hashtaag, if you for one second take this as 'real news', you are a fool who doesn't 'get' politics and political punditry, and hence can safely be mocked and dismissed wholesale. Reminds me of the roasting one Twitter pundit got once for not knowing what 'butthurt' meant, and thinking it deliberately had to do with butts.

But to me it also says a lot about how nonsensical a lot of punditry actually is, not to mention how easily we digest things posted on social media and don't look into them too deeply. All it takes is googling a headline to figure out if it leads to Fake News from The Failing Australian, seriously. Believe me.

Another Twitter shitfight. I think people were arguing about whether some source of online outrage was or was not misogynist, and it got to the point where people who were saying it wasn't misogynist were in turn accused of internalised misogyny. 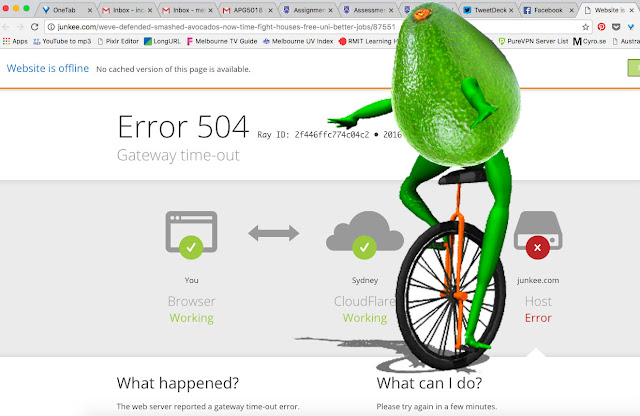 In general, the online discourse was very bad in 2016. First some ding-dong tried to scapegoat young people for not being able to afford to buy their own homes, arguing they'd wasted all their money on cafe brunches of smashed avocado. Of course, the millennials fought back. And then this article crashed Junkee's website. So I mashed up one stupid meme with another. Here come dat avocado boi! O shit waddup! 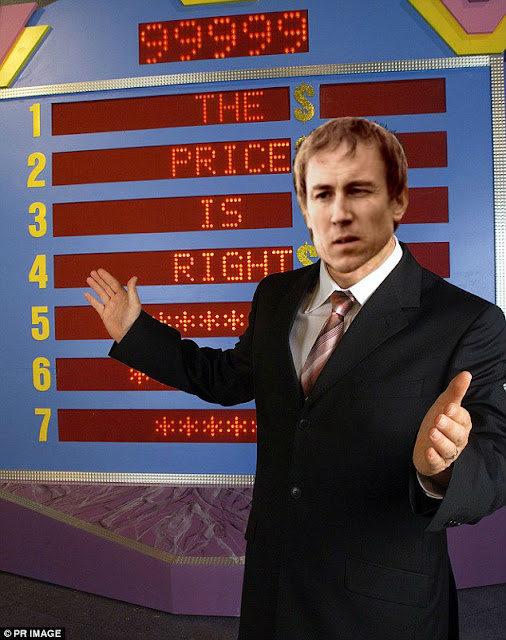 This, I think, was purely a stupid pun that The Price Is Right host Larry Emdur's name sounds like Game of Thrones ding-dong Edmure Tully. And another Game of Thrones swede… 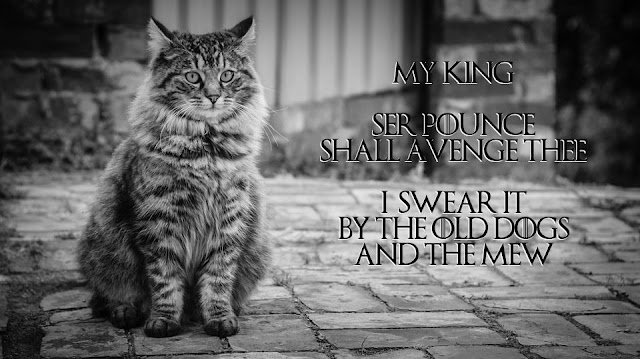 The show never did very much with King Tommen's pet cat Ser Pounce. Apparently this was because the cat was infuriatingly hard to wrangle and it was easier just to forget about him. But in Game of Thrones deep lore there is an ancient and cantankerous cat living wild in the tunnels under the Red Keep who is said to have once belonged to little Princess Rhaenys Targaryen, who was murdered by the Lannisters. So I like the idea that after Tommen's death, Ser Pounce will also lurk beneath the castle, dealing out furry vengeance. 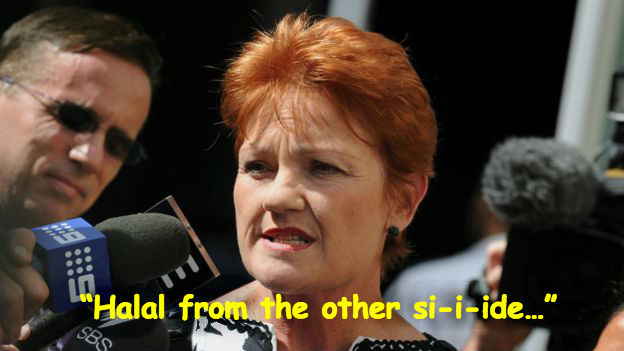 So many stupid puns this year. This one was based on a song by another famous redhead, Adele, called 'Hello'. Note that I put the caption in Comic Sans for the proper Pauline Hanson buffoonery effect. 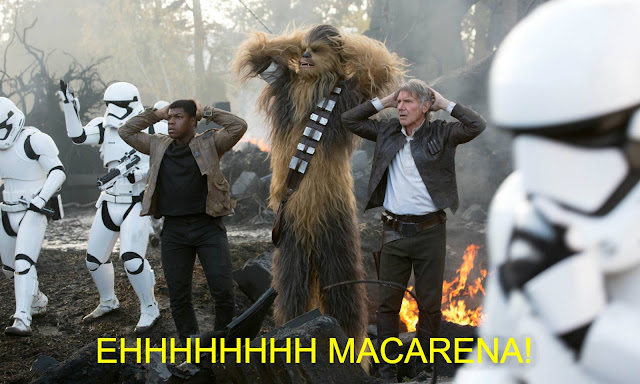 Ahahaha, this one still makes me LOL! I just saw this still from The Force Awakens and it occurred to me that Finn, Chewie and Han look like they're doing the macarena with the storm troopers. What a wild scene that would be. Reminds me of those stupid dancing storm troopers on Britain's Got Talent. 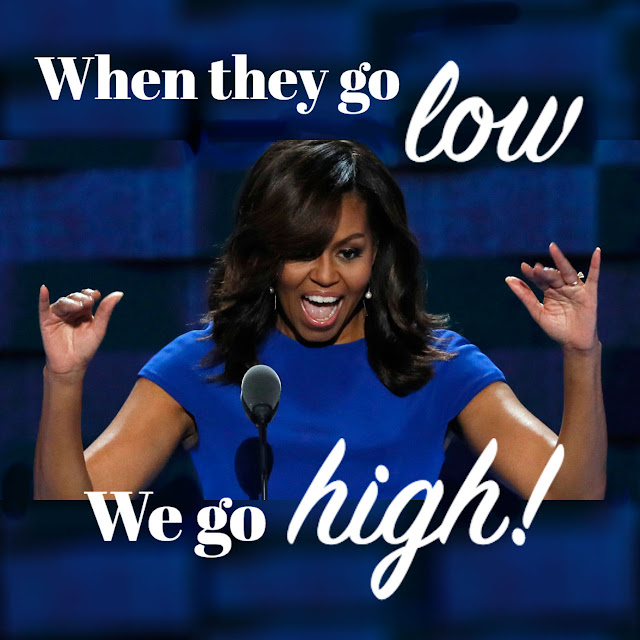 I'm embarrassed to tell you that this was the sincerest of swedes, intended to comfort my fellow progressives after the shocking election victory of Donald Trump over Hillary Clinton. But to be honest, it makes no difference how pure and dignified you are when your shambles of an opponent somehow wrests control of the country and turns it into a hellscape of bigotry and incompetence.

So I started a group, and put together this header image featuring pictures from cinema of women in theatres. It was important to me to feature a wide range of ages, ethnicities and film genres to signal that this was an inclusive group that wasn't about snobbery. I wanted to highlight the female gaze coming from the audience.